This does not pretend to be an deep and extensive visualization experiment. I just wanted to share with you a simple exercise of data visualization using Tableau.

I have to admit that my first contact with the tool was few months ago, and I also have to say that it has improved a lot this past year, adding some useful functionalities. (I have to admit that the video tutorials might have had something to do with this, but to tell the truth I’m falling in love again)

The visualization shows a representation of the offenses committed during 2013 by the bias motivation from the crime datase of the FBI.

The offenses (committed in 2013 in the USA) were grouped depending on the type of the offense: by race, religion, sexual orientation, even gender. Every type was subdivided in subtypes:  by talking about religion we have more information about if the incident was done against catholics, jews, islamics, etc.

My first representation was just about the number of the incidents depending on the incident type: 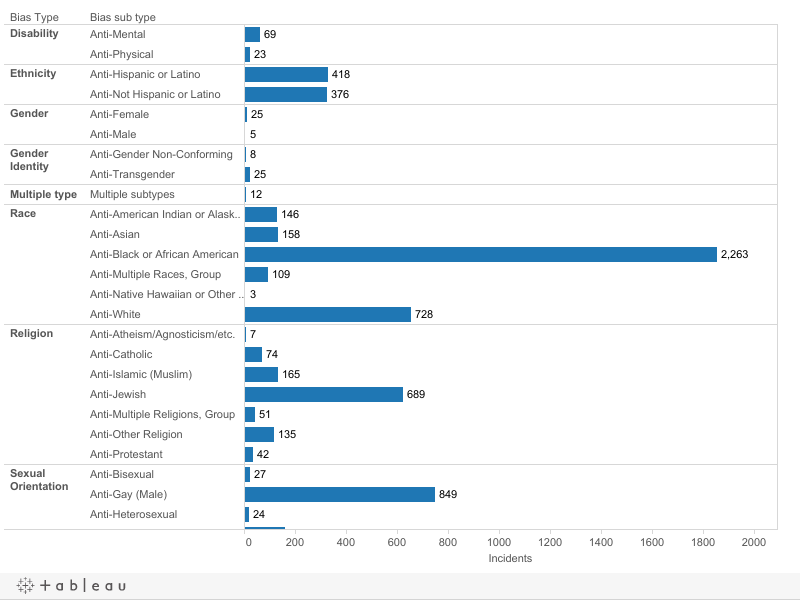 Then I added the subtype variable to the color filter to add more deep information to every listed type: 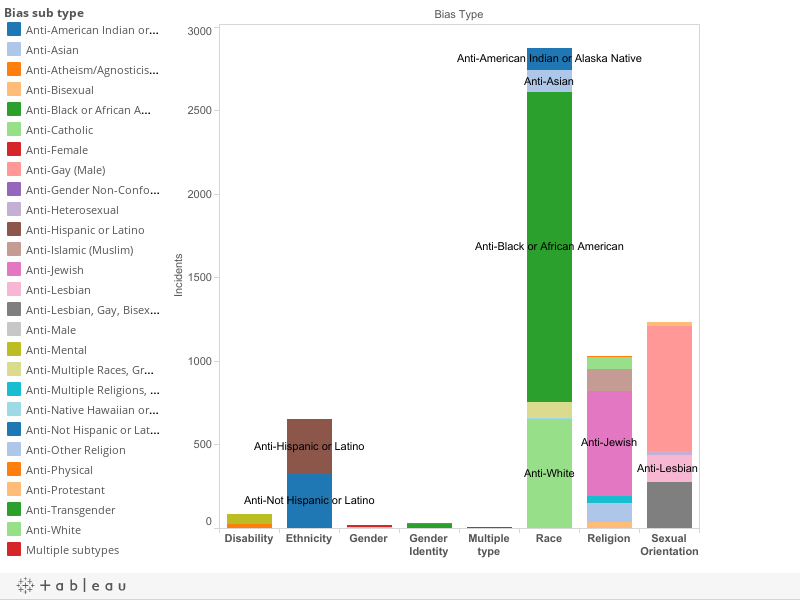